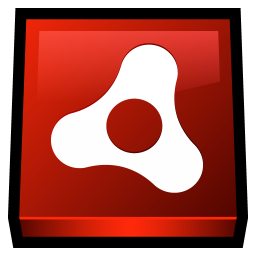 [1]Adobe released Adobe AIR 2.7 this afternoon. It includes huge performance improvements for iOS devices, I’ve been working with it on several client applications recently, and it has allowed me to do things I simply wouldn’t have even tried with some previous versions of AIR for iOS, Adobe is really doing a great job improving the AIR runtime especially for mobile devices. In fact here is a link to an AIR 2.7 app I worked on [2] as a contractor that just went live. The pending iOS release wouldn’t be possible without AIR 2.7.

Here is a recap of the top new features, and then a list of other good links discussing AIR 2.7 I’ve consolidated.

I’ve had a couple commenters ask about support for AIR 2.7 for Flash Builder and its been noted by many that, this month, Flash Builder 4.5 will get an update to enable support for AIR 2.7 and PlayBook will receive an update OTA of AIR 2.7 by the end of June [11]. Also the 2.7 SDK is easy to install for Flash Professional CS 5.5 – its as simple as unzipping the SDK, and drop the folder into the Flash Professional CS 5.5 application folder and rename it “AIR2.6”. There are actually a few more steps to fully install – for the full list of steps visit this link. [12]

I’ve added some thoughts, and links about the future of AIR for Linux that didn’t get as much coverage originally. Including a good read from Oliver Goldman that provides a broader view of what the teams have been doing with AIR and mobile the last few years and some good info from Dave McAllister on the logic behind some of their decision making. I’ve already seen plenty of articles and developers (both for and against AIR) publicly and privately crying foul about Linux as a second class citizen, and a loss of trust with Adobe now, lack of insight to their roadmap – the whole gamut of concerns about the decisions around AIR on Linux. I don’t see it as black and white as many other do. In fact, I think it will be a good thing, which I’ll explain in a moment. First though, I hate to see that important information about the decisions are not being highlighted in many of the articles I am seeing, like this article on Electronista.com [13] fails to point out one of the biggest take aways from Dave’s article and Adobes FAQ on AIR on Linux, is that its not been 100% sidelined but that instead they have shifted their resources to providing OSP Partners (OSP is Adobe’s Open Screen Project [14]), like Google, Intel, RIM, Nvidia, ARM, Nokia, HTC, Comcast, LG, Mips, Motorola, Cisco, etc. (full list here [15]) a Linux porting kit for AIR (including source code), so that if they choose to do so, they can implement their own vetted and approved versions of AIR for PC’s, mobile devices, TV’s and TV-connected devices like set top boxes and other consumer devices. More info on the porting kit and announcement about the strategy can be found here. [16]

I posted a comment to that effect in a few places, like at that Electronista article pointing out that info, as it seems like they left out a critical take away that would have made for a much more informative and complete article instead of what, when seeing that bit left out, makes the authors of the articles at the least, less informed and not very thorough in their reporting and merely regurgitating without any critical thought, to at the worst jumping on the bandwagon of Flash bashers simply for the sake of driving page counts. I especially feel it is an important take away and to paraphrase Dave McAllister and Mark Hopper, by shifting Adobes focus to the porting kit and support of partner implementations, Adobe expects to provide broader support for AIR across Linux-based PCs and devices, whereas their own desktop Linux releases have accounted for less than 0.5% of lifetime AIR downloads. A good look at what RIM and Adobe have done for the Blackberry Playbook and it support of Flash in the browser on the device and as one of its options for native applications (albeit for QNX and not Linux proper) should serve as a good idea for what kind of fruit this shift in focus could bear. Its also worth pointing out that back in the Macromedia days, this was a similar model to how Flash Lite and custom variants of Flash for whole device UI’s worked – OEMs would license the source and work with Macromedia and a some select partners to make their own custom implementations. Palm, Sony, Nokia, Samsung, Kodak and others come to mind. I feel that the big push we have seen and performance improvements in AIR for iOS, Android and the Playbook, combined with this shift we will actually see more Flash/AIR on Linux in the future as opposed to if Adobe has been the sole driver/enabler/maintainer going forward. This is just my opinion, but I’ve been watching Flash evolve for almost 15 years now, and I’ve seen things that have floundered and flopped, and directions that didn’t work, but I feel the decisions behind this one are sound, and that it will be for the best long term.

Here are some additional links about AIR and Linux: